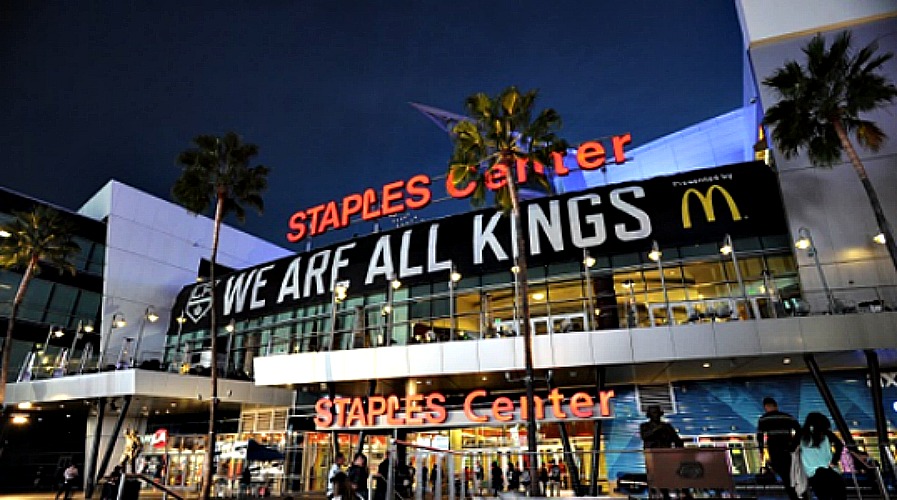 Can you even name the retired numbers for the Kings?

For the first time in twenty–two years of life, I found myself being asked this question. And to top it off, I was on a date. Across from me, a boy in board shorts and a Steelers shirt stared at me. Let’s call him Brett. My very first thought was whether or not it was socially acceptable for me to kick him in the shins and leave. But my second thought was, does he want me to recite the retired numbers to him numerically, alphabetically by last name, or chronologically in the order they were retired?

Brett looked at me like I was a unicorn from a magical land. I had won. I had proved my legitimacy as a fan and put this pompous jerk in his place. But he sipped his beer, looked down his nose at me and asked: What position did Marty McSorley play?

Any self–respecting person would’ve got up and left, but the introvert in me who hates confrontation, sat there for another hour and a half before calling an Uber. Brett went on about the Penguins and the Steelers, and continued to antagonize me about how I only liked Sidney Crosby because he’s cute. While yes, Sidney Crosby is attractive, let’s not forget about literally every professional accomplishment he’s ever had.

But that hour and a half gave me time to think. Why did I feel like I had to justify myself as a hockey fan? Why wasn’t I taken seriously as a hockey fan? And maybe most importantly, how did I end up on a date with someone so terrible?

The answers to my questions were as follows:

Los Angeles is known for many things, and until recently, hockey wasn’t one of them. I went to my first game when I was eight. I saw Luc Robitaille end his career and simultaneously watched Dustin Brown launch his. I witnessed the end of an era when enforcers like Ian Laperriere and Sean Avery retired. And I loved my team through the six–season playoff drought. It never occurred to me that someone would doubt my knowledge of my team, let alone the sport as a whole.

So why did I feel like I had to justify myself as a hockey fan? Because I felt like I had something to justify. I spent years watching videos, learning the rules, reading articles and memoirs. I invested time and energy into this sport, and at a time when I felt like my life was crumbling around me, this sport gave me something to root for.

Hockey taught me about love, brotherhood, loss, hope, loyalty… I had learned the dark sides of this sport too. The sides that people would like to forget. Like how medical professionals prescribed habit–forming pain medication to an already addicted Derek Boogaard, and how Patrick O’Sullivan spent his entire childhood and adolescence being verbally and physically abused by his father. This didn’t make me a better fan than anyone else, this made me a different fan, with different knowledge being brought to the table. But to Brett, it didn’t make me a hockey fan.

Which leads me to the answer of why I wasn’t taken seriously as a hockey fan. This one is easier to explain. In short, the NHL has a diversity issue. It’s no secret that women, LGBTQ, and minorities are under-appreciated in the league. So to Brett, I don’t look like someone who would like hockey for the rules, game play, or violence. I look like someone who likes the sport because Sidney Crosby is attractive.

Is that Brett’s fault? Maybe. But mostly, I think it’s at the fault of the general hockey community. If women want to be taken seriously as fans, and stop being asked questions to test their knowledge, we must change together. No more bandwagon fans, no more “puck bunnies”, just people enjoying hockey for the sake of the sport. I’ve met tremendous people in the hockey community through Tumblr. These ladies know hockey just as well, if not better, than any other fan I’ve ever met. The only thing that’s different is that they’re ladies.

So a word to all the fabulous hockey fans out there: “Don’t be reckless with other people’s hearts, and don’t put up with people who are reckless with yours.” * And if you find yourself on a date with a condescending fool, save your breath. He’s not worth it.

Published by Puck It Up

View all posts by Puck It Up