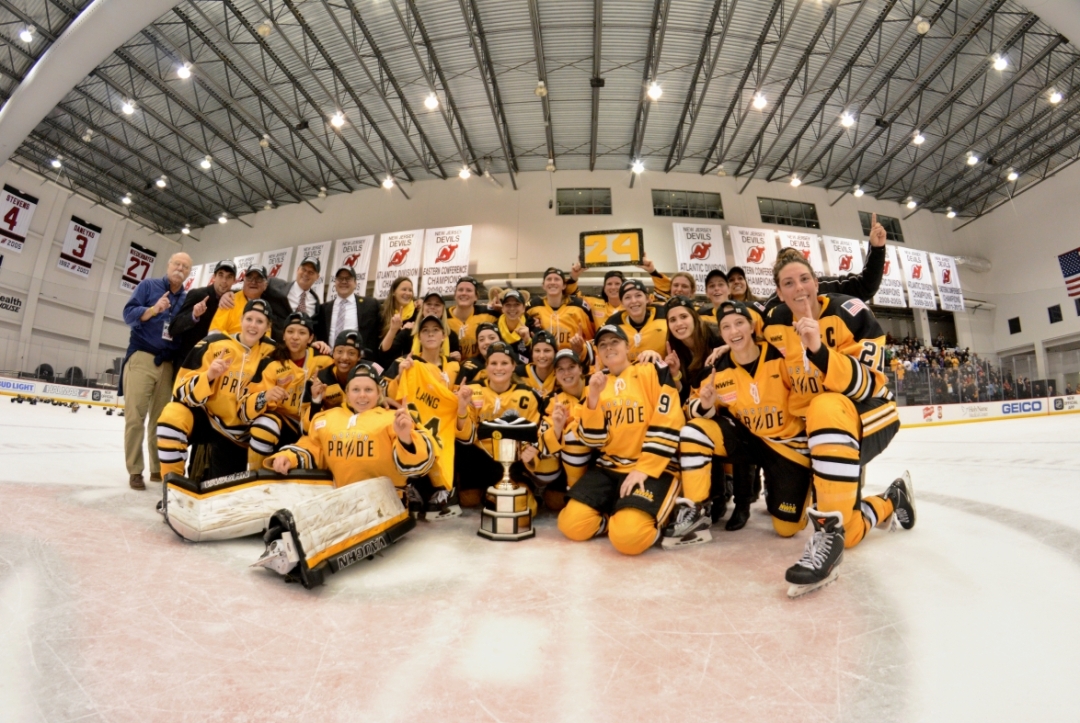 The NWHL had its third annual collegiate draft on August 17th, and this year a goalie was drafted first overall. Katie Burt, a goalie from Boston College, was the first draft pick by the Pride. While not unusual in some leagues, this was the first time it had happened in the NWHL.

The Boston Pride went first in this year’s draft due to a trade made with the Connecticut Whale during the winter. This worked out for the Pride since Burt is 61-7-5 in her career so far at Boston College. Burt was the only goaltender to be drafted this year which had an emphasis on scoring, with most of those drafted being offensive or strong offensive-defensive players. Most players drafted this year were American: 13 total draft picks were from the US, six from Canada, and one from the Czech Republic.

The other first-round picks were Kennedy Marchment, who went to the Buffalo Beauts. Taylar Cianfarano went to the New York Riveters, and Kenzie Kent to the Boston Pride as well.

The draft went as follows: