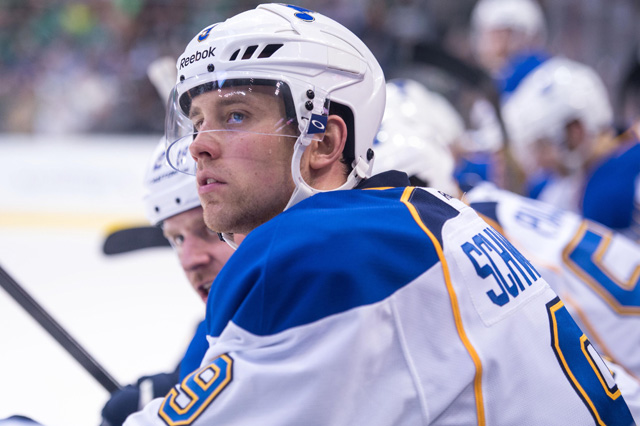 Winter is flu season for us normal folk, but injury is spreading like a nasty virus through the National Hockey League. In this weekend’s update, we take a look at the various injuries that have plagued the league, and the impact on their respective teams.

Jaden Schwartz (STL) – Following a brutal ankle injury, the first-liner and leading scorer for St. Louis is going to be out of commission for at least six weeks. The forward ranked in the top ten for scoring in the league before he blocked a shot in a game against Detroit that ultimately led to his indefinite absence. This news is less than savory for the Blues considering the lower body injury Alex Pietrangelo acquired in the same game. Pietrangelo was placed on injured reserve on Tuesday before being called back up this Sunday. The Blues are currently 22-10-2, currently putting them at third in the league in standings.

Auston Matthews (TOR) – The Leafs faired well while Matthews was out of the line-up early last month, but have started to drop off as the young star misses another four this week. Whether or not it is due to the absence of their first-line center, Toronto has suffered their share of detestable losses as of late. They have been 3-0 since their one-goal win against Edmonton last Sunday. Matthews took the ice for practice this morning, which could be a turning point in team morale as they prepare to face the young and fast Carolina Hurricanes on Tuesday afternoon.

Corey Perry (ANA)– As of last Tuesday, Perry was declared as week-to-week with a lower body injury. An awkward bend to the knee after a three-man collision during their game against Carolina left the winger hobbling off the ice. His absence will likely not go unnoticed on the scoresheet as Perry is currently the Ducks’ leading goal scorer. A silver lining for Anaheim as Hampus Lindholm hopped back onto the roster after previously being placed on injured reserve with an upper body injury.

Brandon Dubinsky (CLS) – The Blue Jackets took more than a few beatings in their brutal 7-2 loss against Edmonton on Tuesday night, as a fight with Oilers’ Zack Kassian leaves Dubinsky with a broken orbital bone that will keep him out for up to eight weeks. The center took several blows to the face by Kassian, which didn’t even draw as little as a penalty for the final minutes of the game, but will cost the Blue Jackets a lot in the face-off circle. Dubinsky’s face-off win percentage is 54% this season, and hiking up to 60% this past week.

Devan Dubnyk (MIN) – Ahead of a four-game road trip, the Wild lose a stellar starting goalie in Dubnyk as he takes on a week-to-week status following a lower-body injury sustained early in the week. Minnesota have been high-flying with Dubnyk as their starting goalie last season before things took a turn this year, the team bobbing in and out of a playoff position. Coach Bruce Boudreau notes how “it’ll be noticeable” if Dubnyk is out for more than a few games. The Wild may catch a break, however, as Jared Spurgeon looks to return to the line-up against their division rival Chicago Blackhawks on Sunday night following the defenseman’s own lower-body injury.

Check back every Sunday to catch up on the week’s happenings around the league. Catch up on past Weekend Updates here. Follow us on Twitter: @puckitupblog.
-Alyssa O’Brenski

Published by Puck It Up

View all posts by Puck It Up